BOOK: ETERNALLY YOURS - NINE IS FINE

BOOK SUMMARY: Reminiscent of the popular family story - book and movie, "Cheaper by the Dozen" of a century ago, this book tells of the antics, adventures, experiences, humorous incidents, fun, and everyday normality of a more modern family with nine children. The story begins with the birth of number nine and flashes back to the crazy courtship and marriage of the parents of that "Fine Nine". This is the first book in the "Nine is Fine" series.

BACKGROUND INFORMATION: Years after having a large family of nine children - in a world where one or two children per family seems to be the norm, Kevin and Lou take a look back at a lifetime of crazy fun and adventure with their "Nine is Fine" clan. The story is extracted from the daily journals and other memorabilia of the authors - so is a true-life story (yet still kind of unbelievable and zany). "Did this really happen?"

WHY THIS BOOK WAS WRITTEN: The book is written to motivate, inspire and entertain others. It is written to illustrate the fun, happiness, adventure, excitement and all the rest that can come through a FAMILY - whether large or small. Families everywhere will be able to relate to this family. All families could likely tell some or all of the stories written herein, but this family highlighted in the book are or may be different just because they took the time to write down the daily details of their lives and can look back at the records with a perspective following the passage of time, progress made, and even survival. The book can help everyone feel the joy - even eternal happiness - that can come through family relationships.

America today needs the strength that can come from families. Young people, young adults and young fathers and mothers need to know that families are good and that great things can come of having children and being "normal" parents to them. Older folks - including parents and grandparents can sit back and laugh at the Hunt antics while perhaps remembering - and maybe even writing down - some of the great adventures encountered while raising their own families.

NOTE: (WITH TONGUE IN CHEEK ... We believe that this book can easily match "Cheaper by the Dozen" and "Yours, Mine and Ours". And unbelievably, everything in this book is true. It is taken from journal entries of Kevin and Lou about them and their crazy brood of nine children. Maybe someday, some movie producer will discover us (Ha!Ha!) and will want to make a movie - or a series about us ... Well, an interesting thought ...!


Eternally Yours …
Volume One of the “Nine is Fine” Series

Dedicated to our nine children (The “Nine is Fine” Gang) – including Jackie, Jenae, Kaylea, K.C., Rusty, Keith, Marinda, Lana and Larissa – as well as to the next generation – our grandchildren – who are now coming forth.

3 Eternally Yours –
The Beginning

8 The Pains of Separation

9 Lost in the Mail

11 Gearing up for that First Kiss

There are probably only a handful of people who could tell you what they were doing on June 2, 1995. It was a typical Friday and the dawning of another beautiful summer day. For most of the world, the day was no different than any other. There was nothing really earthshaking that made the news that day. Looking back now, most folks would not feel that the day was even significant. It was, however, a milestone day for the Kevin and Lou Hunt family residing that hot day in the desert community of Mesa, Arizona.
With the events of that day, it is a day that we will forever remember and cherish. It will not be forgotten. But, details of the day are further brought to our memory through my personal journal entries of the experience and what I wrote about the event that same day. My wife summed up the day with just three words, “Nine is Fine!”
Actually, however, the day really began on Thursday, June 1st – for us. That was the day that Lou had been scheduled eight days earlier – to “be induced” for a baby delivery. June 1st was the day for the “plug” to be pulled.
This, in itself, was not a new experience for us. We’d been through it eight other times before. This was our ninth child. And with eight previous births, Lou had never once gone into labor signaling the time to dash to the hospital for a baby delivery. That’s just not the way it worked for us. She never “came on her own”. Doctors would make us wait until after the due date and then when we still had no baby, they would schedule her for an inducement.
This is actually a pretty good plan – at least for me – the Dad! It kind of put Lou into a panic in her anticipation of the event but at least it let us get our schedules set and baby sitters arranged for the other children. So, this was just another routine baby delivery for us. (Routine? That’s a laugh – with nine children – but at least we kind of knew what to expect.) 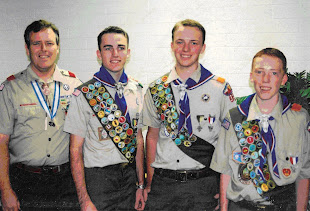